So it was 4/20 (or the 20th of April as we call it in Blighty) and apparently this has something to do with marijuana.

From what I can gather, it’s a quaint concept imported from The Colonies. 4:20PM is when teenagers with little hope of gaining full time employment later in life would congregate to inhale the smoke from a cannabis cigarette. After catching on with many of the great unwashed as the “official” time to be breaking the law by taking drugs, the idea of “420” then slipped from time to date. Today now serves as as an excuse to do nothing all day.

Anyway, this is what happened on 4/20. With a stinking hangover I managed to run for 5 HOURS non-stop. It was lucky that the next 2 DJs didn’t turn up as I had so many new tunes to run with that I needed the time to play as many as possible! Nevertheless, I managed to play 5 hours solid with tunes that have never before been on this podcast. I amazed myself with this one.

You get this one in 2 parts. Part 2 will be released next week.

The week after there will be NO Sub.FM show. I will do my best to put up a podcast of something though.

Anyway, be ready for 2 and half hours of savage house and garage. 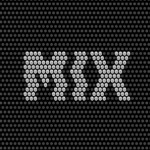