You may or may not know I’ve actually been doing “dis ting” for many years now.

Back in the day, when I was (much) younger and more stupid, I managed to get myself on the legendary 89.4FM – London Underground. LUG kicked off many a UKG legend’s careers, such as MJ Cole, Greg Stainer and Mr Buzzhard to name the 3 that come to mind immediately.

At the time, I was going by DJ G-Man, which the station didn’t want as there were BARE G-Men all over the shop.

My brother and I were taking a Friday night slot and we wanted a gimmick. After much argument, we settled on cartoon mice as the personification, and thus DJ Pinky and Mr Brainz were born.

Most of our shows consisted of blazing way too much, arguing constantly, and clanging more than a bull in a kitchenwares shop.

Yeah we were shit. Real shit. Which I mainly blamed on the fact that we both learnt on a pair of fucked belt drive decks for years and the first time we had extended access to Technics 1210s was when we started on LUG.

I was 16 or 17 when I started on that station. We got boyed off quite a bit but we enjoyed it.

Anyway onto this week’s episode.

There’s also a few suspect bang up Fruityloop jobs and some bait Cool-Edit-Bootlegging, but I’ll leave you to find them and chuckle.

Part 2 is still floating around somewhere which I may post in the future, but I think by that point it was about 1 in the morning when I finished the show, I was dead on my feet and at the bottom of my bag.

Anyway, these are my roots, so check ’em out. 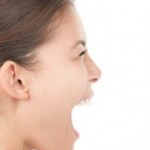 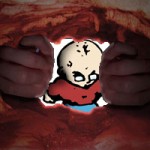