SEO Suicide for comedy value is just not worth it, judging by inbound search terms 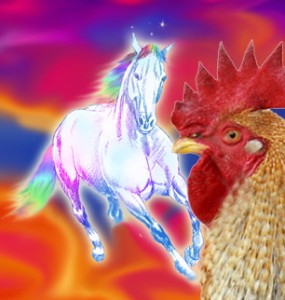 UK Garage 2011, Garage Music 2011, brainfartz and DJ Brainz are my top hitting keywords for this blog. Now the garage ones are great. This is exactly the audience I want. People directly searching for me too: thank you. Makes me almost feel like a real DJ.

Based on the above title tag, I’m surprised I get any traffic at all. That said, I’m told by some of my UKG colleagues that when they Google the titles of most new garage tunes, my blog/podcast seems to come up. DJs – This is a clear demonstration of the Importance of mix track lists!

As this site and my podcast rapidly approaches its first birthday, I thought I’d take some time to highlight some of the traffic I’ve been receiving, and try to decipher what they were exactly looking for when they arrived here. I’ll warn you: I was a little scared to learn exactly what is going through some people’s minds, and imagine a large part of my “audience” to this site visit with their trousers around their ankles.

Onto the keywords. Here, I show you a list of some of the keywords and phrases people have typed into search engines and have arrived at my site. I then hypothesise on what sort of person might have been searching these keywords and on what kind of content they may have expected to find.

The words are ever so slightly NSFW, but there’s no jack-in-the-box pictures of penises flying at the screen. Read on if you dare…

A special round of applause for this gentleman (or lady) with a very specific taste:

Might be able to fish out an alsatian and a mule with a midget if you’re interested? No? Ok then.

Hamsters rock, and are dead dirty

I’m sure this was popularised with the near mythical video “Animal Farm” that was rumoured to be doing the rounds in secondary schools since 1983. Any story I heard of lads watching it resulted in them playing the “who got a boner?” game, with ultimately someone refusing to stand up. Stories like this are one of the many things the internet has destroyed. Shame.

Rusko may need a visit from the RSPCA though. This is an up and coming niche of Dubstep producer’s pets doing dirty things…

Finally, who in their right mind would want to see this? I can run a poll and possibly create the content if the demand is high enough.

What’s that? You’d rather burn your eyes out with a windproof lighter? Fine.

Googliing “Gay style” only brings up fashion advice for the effeminate male. God knows what they were looking for when they got here.

And here’s the proof of more specialised tastes…

My friend told me of a video he watched before called “Dirtpipe Milkshakes 2”. We couldn’t work out what was more shocking: The fact that this video existed, or the fact that there was such a demand that they actually made a sequel. Just glad the DVD release didn’t come with a straw (if you pardon the pun).

Someone actually wanted to see if Inspector Gadget’s niece’s dog had a penchant for licking the peanut butter. Go go gadget tissues.

When I started to process the above, thinking about the way jam doughnuts are manufactured, and the texture of said doughnuts when you eat them, this produced all sorts of wrong emotions and a gag reflex. Hopefully I’ve just transferred that to you. Gutted. Still, there’s an audience for it.

Yo dwag, we heard you like getting shanked, so we jooked you and fucked you so you can get stabbed while you get stabbed.

This person has searched for a single lady lip. Just one. That’s a very special someone.

I ponder if the searchee said “I’d rather be” before this, or whether it’s a misspelling and “raped, then eaten” is the order of business. One has worse connotations than the other. Needless to say, you won’t find any knot-tying hints or cookbooks here.

Imagining this former Atomic Kitten gorging on Iceland Chicken Nuggets while getting rammed from behind is the stuff nightmares are made of.

My sex tape hasn’t been released yet. But I bet that’s what they were searching for.

Remember: If it’s a woman then it isn’t wrong. That’s either fact, or an incitement to break the law. Well, at least I didn’t tell you “fuck the Tories and smash up Tottenham”.

I remember when grooming used to be discreet

So Google must have confused the word “Splesh” with “Spesh”, and the word “Sperm” with “UK Garage scene”. Understandable, as they both have the same lukewarm consistency.

Looks like the some of the gays get off on turning straight boys. Just think about that next time you’re standing next to one. Oooo he wants your bum.

Obligatory caveat: I’m not a homophobe. The thought of winding up a homophobe is fun though.

This traffic is my own fault. I speculated one or two times that my music can cause bowel evacuation. If you succeed please let me know. With proof.

My key takeaway from this is that I’m a twisted fuck. I obviously use more foul language and ideology than what is believed to be normal for a member of a modern society. As such, it shows that I either attract an underbelly of web patrons, or fuel the opposing argument that what is perceived as normal is not so. Take that and file it under “Give a shit?”

Feedback appreciated below, you deviant. And if you reached this page through a twisted Google search, please tell me the key phrase that got you here. 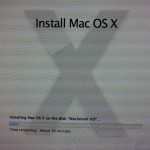 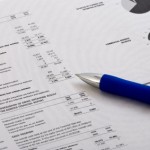