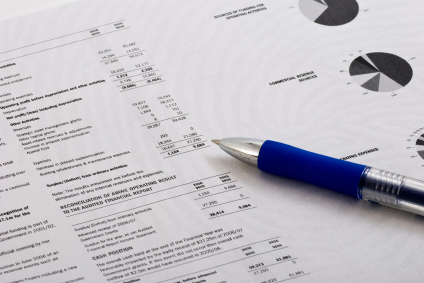 First off, maximum respect goes out to anyone that has downloaded music put out by me in one form or another. 2011 was a year that really resonated with me in terms of the garage scene, its music and its many facets. Here, I’m going to look back at the year past, look forward to 2012 & beyond, give you a breakdown of the numbers and tell you what the most popular shows were.

2011 for me personally has been one of the best years for music over the past 5 years or so. This year I spent an absolute fortune on music. Garage and bass music diversified massively. Loads of new artists came out of the cracks and people started to innovate on a new scale. Dubstep also invaded the charts. This for me is great, mainly because it forces the underground to move even further forward to differentiate from the mainstream.

The main thing that upset me in 2011 is that there’s still that hardcore set of UKG fuddy-duddies who refuse to move on. I’ll be honest, I used to be a firm member of this troupe. But it was only 09/10 that new innovative music started to excite me. The beginning of 2011 saw all of the original die-hards saying “2011 is the year of garage”. Come December, they were saying the same of 2012, in a way that smacks of an admission of failure on the part of pushing in 2011.

The reality is 2011 has been one of the biggest years for garage-type genres in years. It’s just unfortunate that the “veterans” and the UKG faithful don’t see it the same way because the year wasn’t dominated with the same 6 rehashed UKG snares and b-lines.

So what does 2012 have to bring other than the supposed apocalypse? I have no doubt that there will strictly be more banging music from this ever-growing, versatile scene. And I can’t wait to hear it.

The UKG Dropbox was one of the best things to happen in UK Garage last year. A  product of one of the shady “UKG meetings” which involve a certain number of people who consider themselves to be “the scene”. It was pioneered by – who I later found out to be a technical G – Mr Para, formally of Sub.FM & DEA Project fame.

The Dropbox did WONDERS for promoting the music at first. DJs and producers from across the scene all contributed to the fabled dropbox. It was a great tool for pushing established and forthcoming music via DJs in the scene and it also helped some DJs that didn’t have much of a clue about music discovery to find tunes.

The knock-on effects were an establishment of a dropbox “elite” that started to upset DJs that couldn’t get access. Such is the way with all promotional mechanisms, and this may have pushed one or two more DJs away.

It also tuckered out poor old Para, who just didn’t have the time to dedicate to manage it. This is what unfortunately lead to its demise. Well that, and the moaning. Plus after a while people stopped contributing (I question if this was anything to do with an effect on sales) and if there’s no new music, there’s no need for a dropbox!

The Brainz podcast grew (and grew)

I started the Bumpy UKG Podcast in September 2010 as a way to get my music out there to more than the 3 people that were listening to me on Pressure Radio back in the day.

After switching from what was essentially a house station to the behemoth that is Sub.FM, my sound started to change where I got the confidence to experiment, and my listenership grew.

I can only continue to thank you for listening to what I do. It’s the only reason I do it.

The numbers below will give you an idea of how many people listen to the sound of UKG via me. Compare the numbers to a larger podcast and I’m still a small fish in a very large pond. They’re still massively higher that where I’d expected to to be by this point when I started doing this 15 months ago.

I’m just happy to be spreading the good word of UK Garage and the sounds of its talented producers to as many people as possible. Maximum respect. And I hope 2012 sees things continue to grow!

As I write this, iTunes consider us good enough to be filed under “What’s Hot” in the music podcasts section, and one of my episodes is coming up in the “Most Downloaded Episodes” list. Thanks for making this happen!

I don’t remember exactly when I had my eureka moment for doing this sister podcast, but I do remember the smug feeling of genius I had at the time. I can be smug every now and again. Gittish.

It all made perfect sense at the time: You have an iPad, you have free time on the train, Go fourth and fornicate with your iPad and some MP3s. In reality what I ended up doing was committing myself to another task I’d have to do regularly. At times I’m stretched very thin so it wasn’t a great idea.

Nevertheless I’ve had fun putting together the 4 episodes I’ve done so far for T-Cubed, and expect to see more in 2012.

*Footnote: Some of the numbers don’t actually add up here. The download figures I pulled from my server’s stats package (AWStats). The Bandwidth calculation is correct (this is worked out in several places) but as each episode is normally at least 100MB, 65,000 100MBs does not go into 3.56 TB. It may be that cached re-downloads are being counted. The reality is I don’t know the full facts. Take the above with a pinch of salt and as a bit of fun.

The top 15 UK Garage Podcast Episodes of 2011 (by downloads) 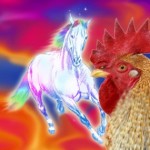 SEO Suicide for comedy value is just not worth it, judging by inbound search termsBrain Fart