So after another drawn out, masturbatory announcement from Apple via Reverend Steve Jobs, we get a shitload of new iPods, some bollocks about photos, and iTunes Ping. All delivered over the gashest webstream I’ve ever viewed (that’s not comprised of filth).

iTunes already pisses me off to no end, not only due to the fact that it’s bloaty and virus-like, but because it also forces me to start sentences with lowercase letters. Now included in the iBundle-o-hate is Ping.

Brother Jobs announced Ping as a social network for music. I like to think of it more as a cuntial cuntwork for cunts. This device is an ingenious way for Apple to sell a Kerry Katona freezerful of music to mugs. Being the pent up hate machine that I am, I hope it falls flat on it’s face. It won’t though. And it bothers me slightly.

To rebel, I set up my Music U Like to purvey my feelings. 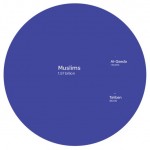 You can’t believe everything you read on the InternetBrain Fart